The NEW STAFF Party and their mantra, I don’t know. Ok, old parties, its’ time you learn some lesson, new parties are emerging if you ain’t loving the nation. You steal from treasury, so aren’t you suppose to take a suspension? How can I vote you, when you steal from treasury and loot the citizens with bribe? Or, upcoming new party in the same ambition, I really don’t know. They give really good promising, make big act in the beginning, and when they win, they show the true face and color. We will soon be able to see true color of newly elected mayors and deputy mayors. Human rights issues are even bigger than so called bribe, corruption and development of the nation, May I know how many lives have you changed even before giving your candidacy for the posts you lusted. If it was all about Mayor, Deputy Mayor, President, Prime Minister. Couldn’t your ambitions of making change continue with the pr 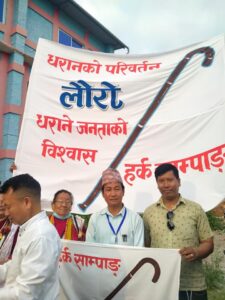 esent acts you do, instead of trying to rule, manage and control.

This site uses Akismet to reduce spam. Learn how your comment data is processed.