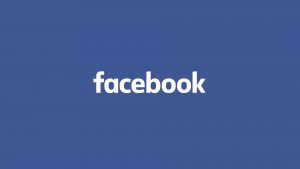 I had grown up in the city not knowing how the villagers ever rear their domestic animals and pets. The animal husbandry is one of the popular means of livelihood for the people living in village since it can act as subsistence for their economic life. After a day of rough ride in the muddy roads on the half way to village called Maidi-2, Dhading of Nepal, reached a village of my friend- the one riding the bike. It’s really pleasant to be in polluted free rural areas of Nepal after staying in Kathmandu one of the most polluted city in the world. The greenery, fields, domestic animals, farming, forests, traditional stone mud and thatched houses and people grabbed my attention more than anything. Besides that I enjoyed eating food very different from the towns people. What really got into my mind the most was when I saw the shepherds engaged in the vasectomy of he-goat. This was the first time I had the chance to watch how they do traditional vasectomy of goats in this technically advanced era. Some group of people grabbed legs of he-goat very tightly inserting the head between the arms. The got was bleating loudly and frequently. Then they made the goat to sit on the ground with its testicles on the flat stone. The person doing the traditional vasectomy had a wooden clip like thing with ropes on the other end. Then he inserted the testicles in between those wooden clip, tied the other end with the rope safely, and inserted his toe in the loop of the rope to make sure wooden clip is clipped well against the testicles. Then the man hammered the testicles in three parts and the vasectomy successfully completed. Then the he-goat was let loose to go it way to freedom which is never going to be the same again. It was transition period for the he-goat. All this while I was busy taking the video with my friend’s mobile thinking to share it with other city guys not knowing how the he-goat goes through traditional vasectomy. Today I just posted the video on YouTube and Facebook, but then it was flooded with criticism from some of my Christian friends. I had to tell them that their relatives do these things as animal shepherd. I also told them that Jesus was good shepherd and shepherds do know well to make their animals to go through vasectomy to increase its strength, potentiality, growth, size and taste. It can also fetch about $250-$300 for the farmer in Nepal which is enough for their living for about two months. And one single he-goat gone through vasectomy can fetch them so much amount. How much more are they going to make if they can vasectomize about 10 he-goats. After all animal husbandry can become good business. Such he-goats gone under vasectomy are highly preferred by Nepali population both in cities and villages. It’s meat is very expensive amounting to about $10 per Kg. It’s their best meat. This is how our patriarchs of Bible became quite wealthy. They were good shepherds and knew how to traditionally make the male animals to go through vasectomy. I am not at all ashamed to post this video on YouTube and Facebook because it has to do with animal husbandry, animal economy and livelihood of people. Rather I praise GOD for giving men such wisdom and technology to rear their animals in various ways for their living.

Bird vs An eagle

This site uses Akismet to reduce spam. Learn how your comment data is processed.